From Baba, with Love
http://schema.org/InStock

The production of this cookbook is the direct result of the membership of the Olha Kobylianska (Saskatoon Branch), of the Ukrainian Women's Association of Canada, wishing to conform to the correct preparation of food for the Lenten periods of the Orthodox Faith.
The membership wishes to acknowledge and thank Rev. Fr. Demjan Hohol for his help and encouragement in the production of this collection.

The committee wishes to thank all contributors and recognizes that many of these recipes have been handed down from generation to generation.

The Olha Kobylianska, Saskatoon Branch, of the Ukrainian Women's Association of Canada is celebrating its 75th anniversary in 1998. In recognition of this anniversary, our branch dedicates this book to all past, present and future generations, with the hope that it will help preserve this aspect of our faith.

What is Fasting Food?

It has been widely observed that never before has it been so easy to fast, as now. Whereas our ancestors survived almost totally on what they could grow in their own gardens, orchards and fields, we now are able to purchase food products from virtually all over the world, and at any time of the year. Food markets and health food stores are filled with all manner of foods that make preparing lenten meals a pleasure. Many Orthodox people have been heard to comment that they eat better, healthier meals on fasting days than on feasting days, when we fall back into our old habits of eating richer, but less nutritious, meals.

Fasting foods for Orthodox Christians are those made only from vegetables, fruits, nuts, grains or seeds. When available, so-called "fish­without-backbone," such as mussels, clams, shrimp, scallops, squid and lobster, are permissible. Vegetable oils such as canola, corn or hemp oil are always allowed. Olive oil, however, which is considered a very rich oil, is allowed only on certain fasting days. Similarly, fish is traditionally allowed only on certain prescribed fasting days.

Simply eating "meatlessly" is not sufficient for Orthodox fasting. The medieval Latin idea of eating fish on fasting days is a Roman Catholic invention that even that church no longer follows. Our Orthodox Holy Tradition is more strict, and consequently more beneficial for our souls.

In addition to the spiritual benefit, there is also great nutritional merit in the normal Orthodox fasting diet. Some people experience some weight loss, but more important is the value of eating more healthfully. Medical science and popular culture are promoting a trend toward eating less animal protein in our diet. Decreasing animal protein and fat, while increasing a balanced consumption of fibre, that is, of fresh fruits, vegetables and whole grains, are considered essential to achieve and maintain optimum health. Almost any doctor will attest that such adjustments to dietary habits can help to lessen the chances of developing heart disease, diabetes, and many types of cancer.

There are many books written on the value of the so-called "Mediterranean diet," which is essentially what Orthodox Holy Tradition prescribes for us to eat on fasting days. Book stores and public libraries are full of vegetarian and other cookbooks, which can give further information, ideas and recipes.

From the Lenten Cookbook, page ix 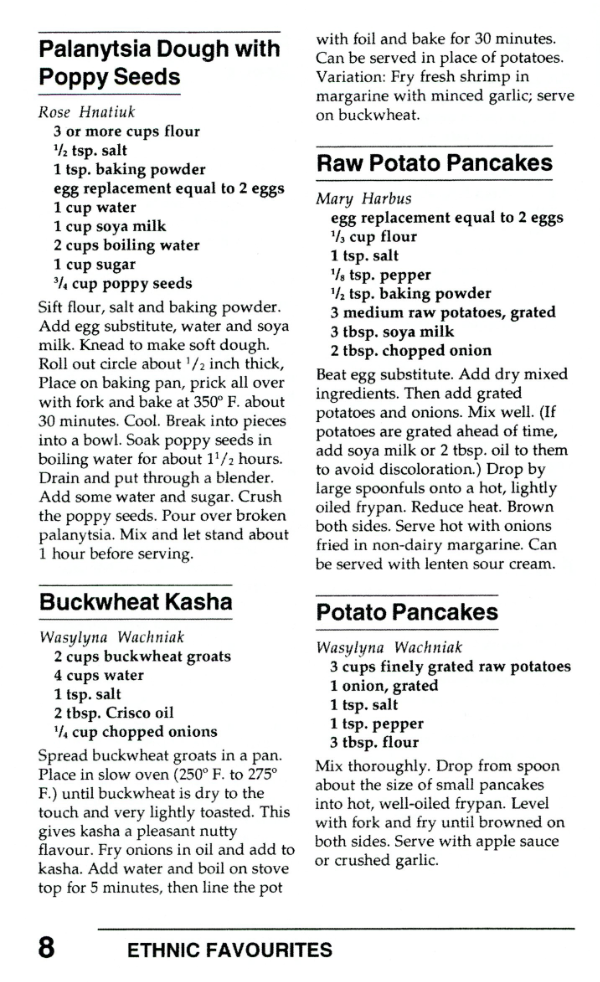 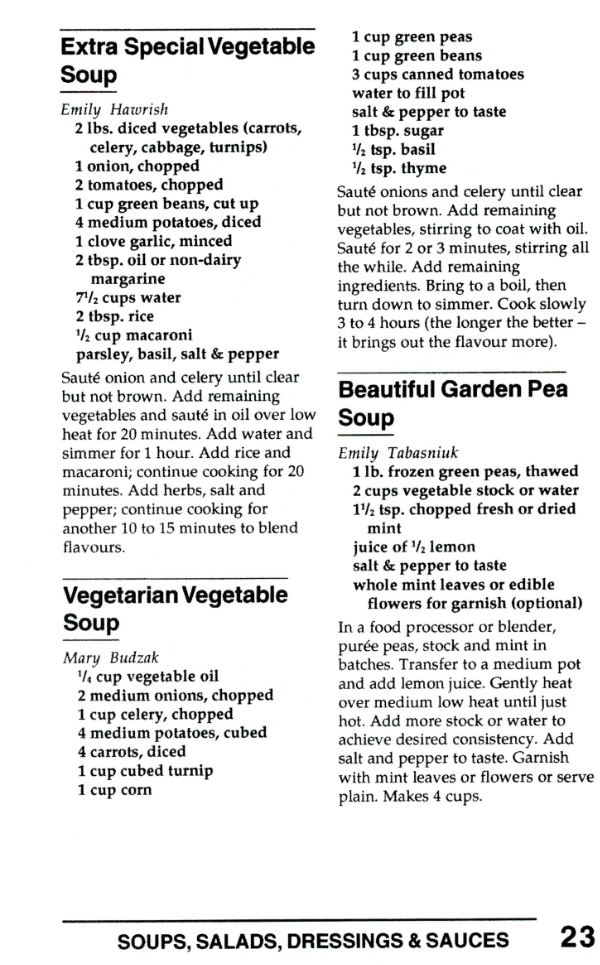 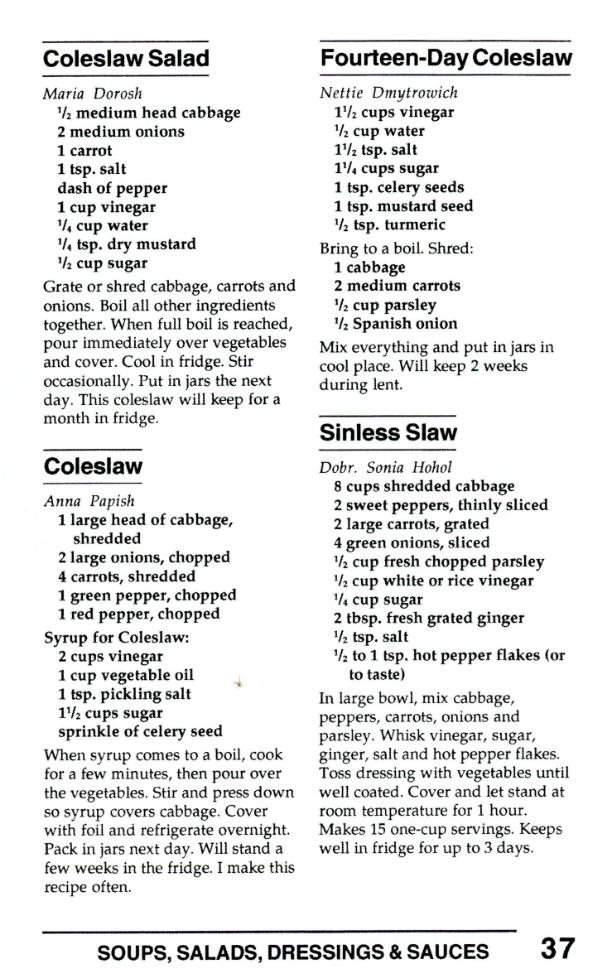 From Baba, with Love

Services in English and Ukrainian. Fellowship lunches on most Sundays. See Calendar for additional services held during the week to celebrate Holy days.